Coca-Cola is a carbonated soft drink produced by the Coca-Cola Company, which is the most famous and expensive brand in the world. The “Coca-Cola imbuteliere Chisinau SRL ICS” company is engaged in bottling and realization of production of the Coca-Cola trademark in Moldova. “Coca-Cola imbuteliere Chisinau SRL ICS” is the country's largest distributor of lemonades, carbonated and refreshing soft drinks, drinking and mineral waters. 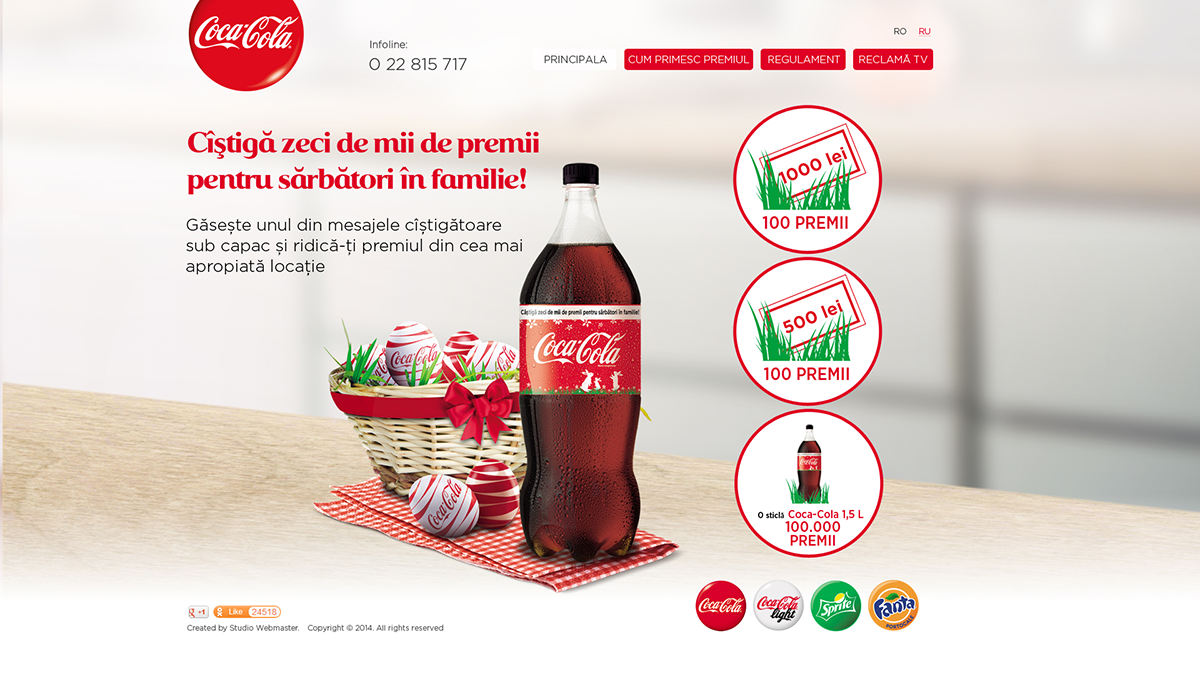 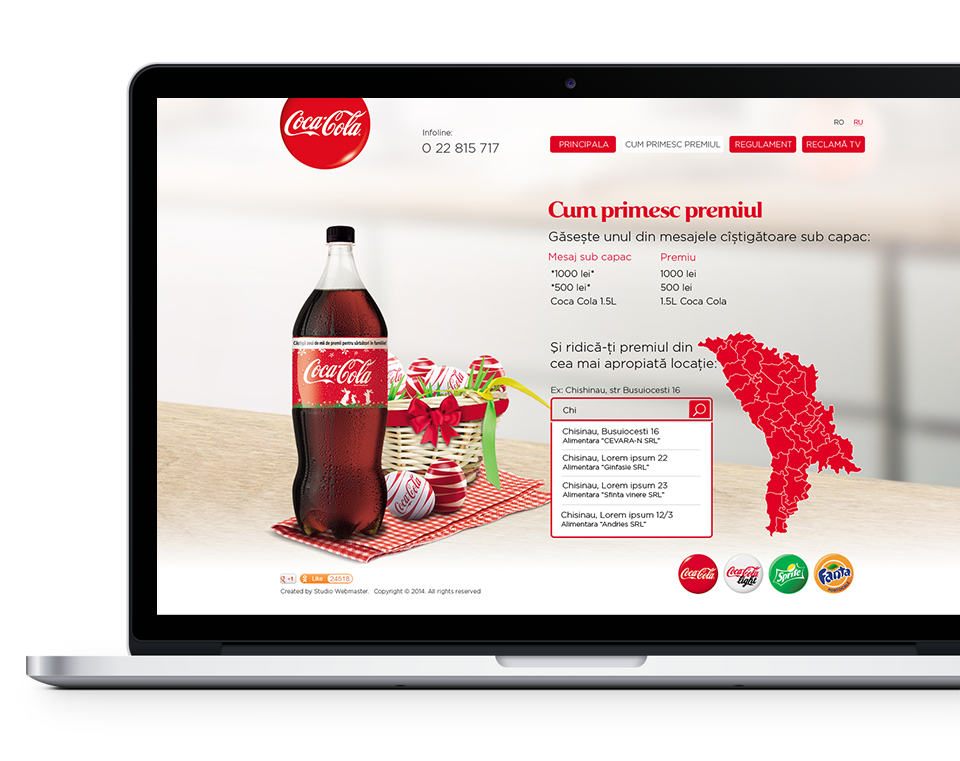 The main goal of developing and creating a website was to advertise the Easter campaign for consumers. The main page was to reflect the mood of the Easter celebration at the family table. The site menu had to include: the main page, "how to get the prize", the regulations — a text page with automatic uploading in pdf format and advertising. It was also important to provide for the "search" of the nearest point of issuing prizes. All tasks were completed and a quality website was delivered on time.

Let's make a project for you